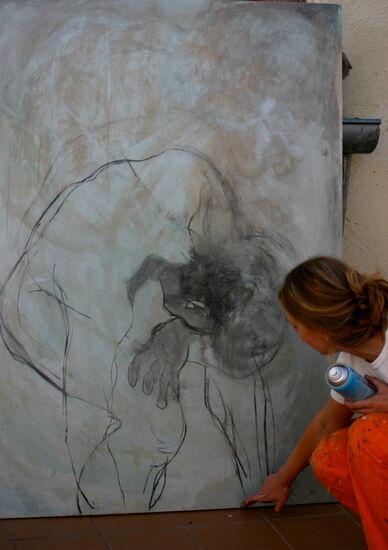 Rebecca Ivatts originally grew up in Stamford and has returned to her roots, moving back to Rutland following the pandemic.
After graduating in Modern Languages from Oxford University, Rebecca studied at the Slade School of Art. She combined this very academic, rigorous approach to measuring and mixing colour with the freer influence of two tutors from the Royal College of Art.
From 2004-9, Rebecca lived in Madrid. Here, she had solo shows at Galeria Standarte and Galeria TriBeCa. She was also hand picked by Sala de Arte Van Dyck in Northern Spain as one of the six best emerging young artists in the country, and exhibited in their group show for several years consecutively.
After returning to London, Rebecca showed work in a group exhibition at Morton Metropolis, and in a two-man show at SW1 gallery. For the latter, she produced vast, bold canvases of her sculptor godfather (John Pickering) and his arthritic hands – admired by Hans Ulrich Obrist, Director of the Serpentine Gallery. She would lecture on and exhibit these works at Tate Modern Exchange Festival in 2019.
While Charles Saatchi has expressed admiration for her work and the late Sir Jack Baer (who acquired many works for the National Gallery) said Rebecca's paintings possess "an exciting, neo-baroque energy", Spanish artist and art historian Joaquin Vaquero Turcios said “Rebecca’s work is imbued with a special blend of strength and vivacity, she will go far.”
Rebecca has sold works to a wide range of eminent individuals – from film directors to politicians to interior designers - and has works in private collections in the UK, USA, Spain, Greece, Italy and France.
In addition to her studio work, Rebecca has given workshops and lectures at The Guardian, Dover Arts Club, Cambridge University, The How To Academy and Circulo de Bellas Artes in Madrid. She now teaches small workshops from her Uppingham studio. 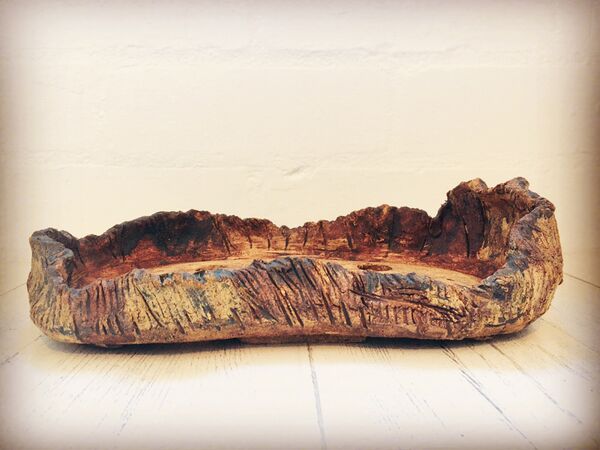